Great documentary, I loved seeing Don Cherry eat his words. Ya, know, I think human beings have tendency to always thing that their way is the right way on how to specifically play a game and those who have a different way, should never be accepted. I never understood how Americans and Canadians always were taught to dump the puck, meanwhile the Russians found never give up the puck but cycle it instead.

It doesn't take a genius to figure out that an NHL team could go to the stanley cup finals if they drafted a few russians after USA gotten beaten badly by them year after year in the Olympics... Maybe one day, it would be interesting to see Fedorov expand on why he thinks the Limo crash was intentional? I think Americans kind of live in a bubble and forget the height of tensions during the cold war, sadly now we're in another one with a different country, China.

Anyways, very thankful to have experienced an all freshman starting Fab 5 lineup for U of M as well as the Russian 5 for the Red Wings. Those that truly understand sports, now how ground breaking this was on and off the ice and court! I never really got into sports after I witnessed these things, luckily I have the 30 for 30s and independent documentaries like these to relive them over and over again. 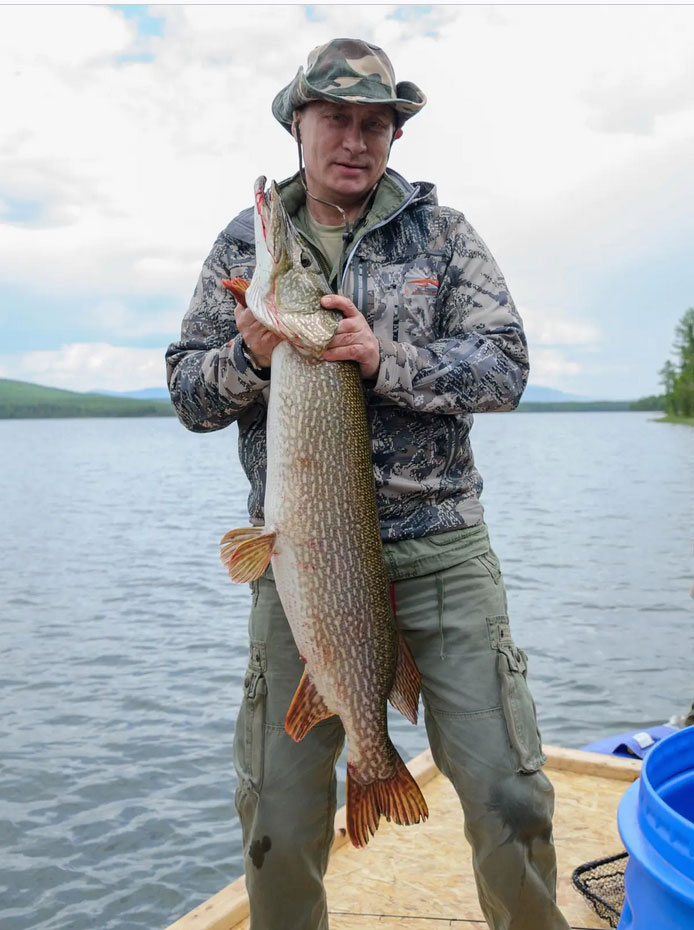 It was fun playing hockey right on Joe Louis Arena once, because Octopus Al right lived right next to me back in the day, got to meet Sergei in person, me skating on the ice then going over to him to shake his hand with my brother, who died from brain cancer a year ago... Memories like that I cherish! Federov pulling up in his sweet black porsche right in back of the arena, I think it was black, hard to remember the color... But some things you never do forget!

If you hadn't lived through this period in sports history, you would never have known the impact of Russians had on the game, again just grateful there was a documentary put out so the new generation can learn life learing elements from sports, the documentary with Fetisov was Red Army, that was great too. What's also interesting is how Russians cherish their pike over in their country, while Americans consider Esox sort of a garbage fish. Ever heard the saying, one mans trash is another man's treasure? Well I'll say this, the one thing Russians don't have in their country, is musky and tiger musky, Putin's shit out of luck on that one! Although, it's possible one day he could smuggle some out... lol All in good fun right?

Another documentary to watch is the Fav 5, people probably don't realize the intro and conclusion at the end, how in a book or a movie a premise supports a conclusion in the end, this documentary did this flawlessly!

Just briefly talking about the documentary, Jimmy King in the intro talked about being erased, but as Jalen Rose said at the end, those that remember this time in history, who remembers who won the championship? Who remembers the names of the starting lineup? What people do remember from this era is the Fab 5, the black socks, long shorts, black freshmen as a starting lineup, amongst other things that pissed off the NCAA and Alumni at U of M... Like black athletes getting paid!

This documentary not only touched on controversial things such as racism, a Jewish coach and all black freshmen as a starting lineup, but also athletes getting paid as well. In a nutshell, a lot of these so called capitalists that preach a free market in our country are a walking contradiction, yet they wouldn't let these college athletes get paid, not to mention the healthcare issue. Midway at the end, they centered on Webber, claiming how he should apologize to U of M for taking money from a booster. Honestly, none of the Fab 5 should feel guilty at all for taking money to try to make a living, watch the movie the Program or some of the sports documentaries, a large portion of college athletes were getting paid, it's a matter of those that are targeted by the NCCA, the media focuses on and who got caught. A good example is the Great One, aka Gretzky, who probably had a family member placing bets for him on the games, but wasn't thrown under the rug unlike Pete Rose, who might I add still hasn't been inducted to the hall of fame. Those of us that know sports, know what goes on behind the scenes. Brian Bosworth did a lot of nutty things like the embellished stories in his book, but the National Communists Against Athletes Shirt wasn't one of them. Webber stood his ground, good for him! The alumni at U of M should put the banners back up since Athletes are finally starting to get paid here in 2021. You should hear some of the rotten stories of athletes not getting healthcare after suffering life altering injuries from playing football as talked about in Brian Gumbells real sports.

Both are great documentaries and should be watched... I always say to my friends and family, you know you have a good movie or documentary when it can be watched over and over again, these documentaries are just that. These two docs definitely will become cult classics!  Because if you know sports history, you know both lineup of 5 athletes changed the game of sports, I'm just proud to have them both from my home state!