This is CGI, but this gives you an idea on what's coming... Even entrepreneur Elon Musky hints we must make rules and laws for Artificial Intelligence, even though he's mostly for free market system - "I'm not normally an advocate for regulation and oversight", just a hunch, but this is probably something Ayan Rand probably didn't see far enough on in her era because it didn't exist... Elon Musk claims Ai is "more dangerous than nukes!"

Also Elon Musk said we don't have the time we did with safety in automobiles, where we used human beings as guinea pigs and did a test phase to see how things turned out... It took years to implement seat belts and then rules, hope Texans learn from this video as well, considering what happened in Libertarian town called Von Ormy, the point is we don't have time to test things out and use humans as guinea pigs under a new system similar to the city of Von Army, once Pandoras box is open, it's open for good! Rules and laws must be implemented just like in the movie iRobot, possibly something similar to the three laws!

Also Elon said or should I say he theorized, that robots will be so fast, that the human eye won't be able to see them, humans have this major short sightedness that we'll be fighting them like in T2 Judgement day, won't be the case, your assault rifle technology obsolete, look how fast these drones come down in Angel has Fallen!!!

Michael Biehn who is one of the most underrated actors I believe, gives a chilling in-depth experience what it would be like being hunted or hunting these machines in Terminator 2 fan made short clip, be sure to watch!

They call this the Hammer! 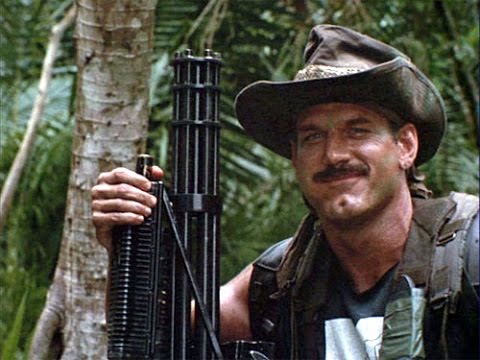 Jesse Ventura once gave a warning when something doesn't fit their ideology! "It's happening right before your very eyes..." Still very much love Sonny Landham for being a freedom fighter, but this just gives you something to think about!