There definitely has been a big sort of rejectance of the new electric Dodge Charger banshee within the automotive community, but I'm here to tell you, I and many others aren't one of those gear heads. I've always been fascinated with the technology ever since watching the documentary who killed the electric car... But what I've always been worried about is how we're going to keep both the aftermarket sector alive with modifications and have an intimidating sound coming from an electric muscle car, because if you're a fan, most will tell you part of the thrills of these vehicles is both the advanced modifications you can do and the loud growl coming from both the headers and catback exhaust system, sometimes even from the roots supercharger or turbocharger as well too. First off I'd like to say I'm mighty impressed with how the Charger sounds, some compare it to a vacuum, but I think it's something we can improve on as we advance in the future. I was also surprised on how Dodge was able to develop a sound from not fake speakers, but as Lew Later puts it, an actual "fratzonic chambered exhaust system!." See when the "Daytona converts electricity to power air flows through the exhaust system and the sound goes through an amplifier and tuning chamber at the rear of the vehicle. You can see and feel the pressure from the exhaust coming out the back."

It's still up in the air, if we're gonna have enough modifications to match things like the supercharger, turbocharger, nitrous, and even head/cam package... But did you know aftermarket company owner Carroll Shelby was very interested in electric and wanted to make a highly modified electric Mustang muscle car for the future? Be sure to watch the video down below!

His friend also asked, "is there a way they can convert this into a police car? That would be deadly!" I have to agree, referncing the movie "In-Time," I thought the director and music team developed a really cool hybrid retro sound coming from that electric Challenger in that movie, that implemented a real exhaust sound and electric sound that flew well together with the car. 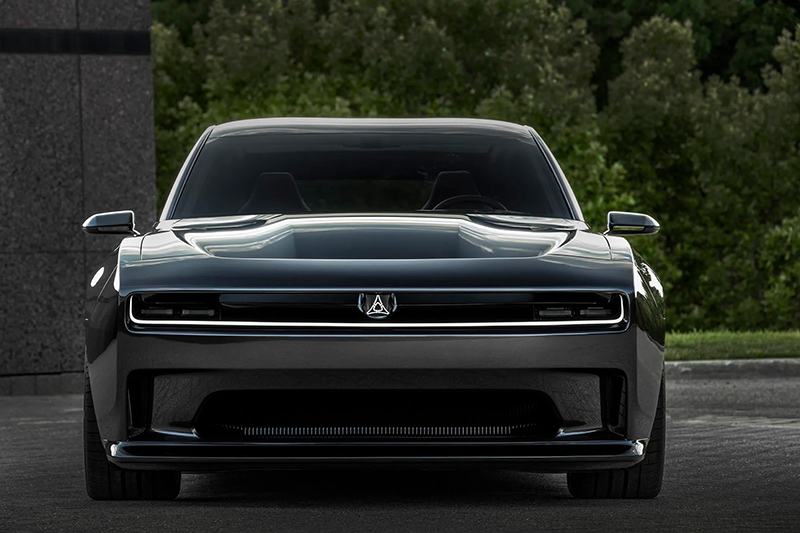 I think many can't get passed the fact of anything electric being muscular, that's for the tree huggers like, right? But honestly, I'm very impressed with the body style of the new Electric Charger, it's very both bold and sleek, I think the muscle car names is very much well deserved in my opinion. I think with time, just like you're seeing rejection of technology like livescope and even YouTubing in general with the fishing community, I think with time it will grow on these hobbyists... 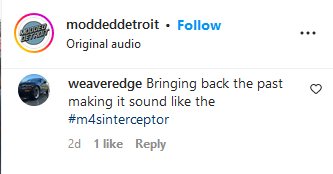 And while it was revealed that the Wraith car, Dodge's aka Twin Turbo Interceptor used in this old 80s movie was powered by a twin turbo combustion motor.

But Part of me wants to think the sounds coming from that vehicle made my imagination run wild thinking it was electric!

Glad to see I wasn't the only one that thought of the Wraith car when I heard the Banshee come out of its garage and revv up it's motor for the first time, weaveredge made this comment on the modded detroit instagram channel.

Wonder what that might of gave me the idea? Maybe the electric bolts bouncing around in the engine bay? lol "Hey Packard get a load of this?"

Electrocuda in the works in the sometime future? Maybe...